While at the Second Saturday Omelet Breakfast at Madisonville (MNV) it was announced that CLYDE MULLINS has been appointed by Mayor Yates as Chairman of the Monroe County Airport Board. Mr. Mullins runs the airport maintenance shop at Madisonville, and having an experienced airport representative on the city council is an advantage for the aviation community. Mayor Yates is taking positive action to acquire land on the west side of the airport for further expansion of T Hangers and Box type hangers. With about 250 names on the airport hangar wish list they can’t build them fast enough.

THERE WILL BE A SECOND SATURDAY BREAKFAST IN APRIL Bob Mundle has announced he is going to sub for Tom McCosh and conduct the 2nd Saturday breakfast at Monroe County…Same time same place. 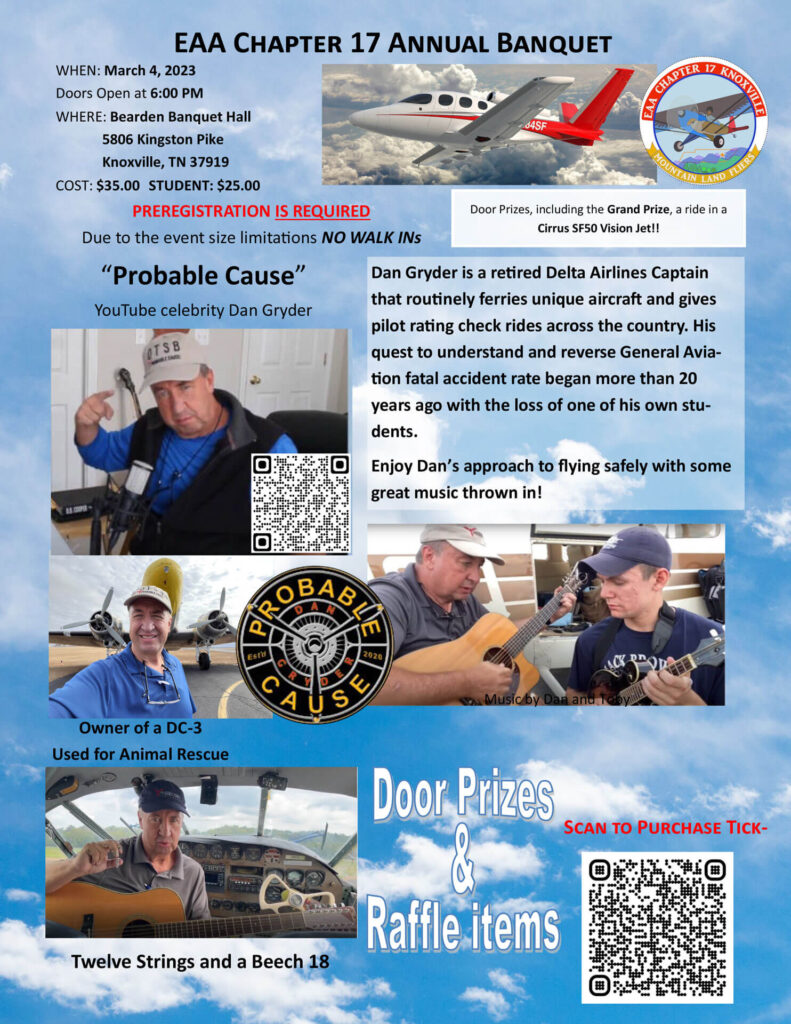